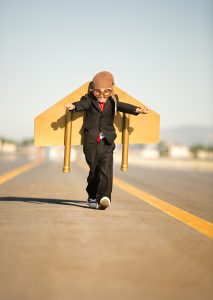 Real talk: No child dreams of becoming a proposal coordinator. My goal has always been to become a writer. Being a notoriously difficult profession to get paid in, I instead searched for writing-based professions that weren’t as glamorous as “novelist,” “screenwriter,” or “playwright” but actually allowed me to get paid for putting words on paper. I applied for jobs in technical writing, grant writing, and this thing called proposal writing. Eventually, I landed at a company (not TCG) that provided training to myself and 12 others in proposal writing.

Don’t get me wrong, proposal writing is an interesting job full of challenge and opportunity. It is also stressful and competitive with long hours and high expectations. Burn-out is common. In that first class of 13 writers, three quit within the first week. I stuck with it, determined to prove my worth (and also make money — I won’t pretend that wasn’t a factor).

I applied to TCG on a whim while I considered whether or not working with proposals was something I could be happy doing. I had reservations; after all, even though the opening I applied to had fun turns of phrase like “storing popsicles in a hot oven,” lots of companies say they’re unique in some way when they’re not. However, when I interviewed I was surprised to find that I didn’t want the interviews to end. The conversation was that good. When they offered me a position I decided to go for it, if only as a litmus test for how much I really enjoyed working in proposals.

It didn’t take long of working for TCG for me to realize that where you work is often as important, or more important, than what your work is. It wasn’t that I disliked proposal writing like I initially thought, it was that I hadn’t found a company that fit me well. TCG is positively distinct because it’s a place where, even if you don’t have your dream job, you can still look forward to coming to work in the morning.