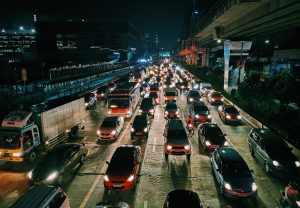 On Facebook, someone asked me if the Internet would handle the increased traffic caused by everyone staying at home and telecommuting. I found that question to be fascinating and did some quick research. Here’s an extended version of the answer I posted:

Most of us will be fine, but may see temporary problems with local service providers and small web sites.

Quick qualifications: I am TCG’s CTO. We develop web applications for various federal agencies using different environments including AWS and Microsoft Azure cloud. I have a Ph.D. in computer science and have been doing this work for over 25 years. All this means that you shouldn’t believe a word that I say, but instead rely on the documents I reference. Some fun facts: 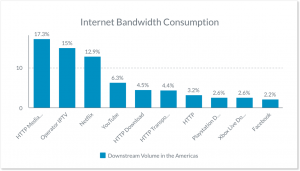 So the day-to-day peaks and troughs of internet traffic that web-scale sites deal with prepare them very well for the spike in traffic that the country working from home would cause. In fact, Google and Microsoft are so confident that they opened their large-scale teleconferencing services to all corporate users.

There will be sites that aren’t prepared but those will be smaller sites (maybe your local high school server that has files to download and don’t use Google or Microsoft). So notice a shift to Google Drive and SharePoint Online in the next week.

What will be at risk are local service providers. Your local cable or cellular provider may need to scramble to handle the increase in traffic. Did your local ISP have problems during the Super Bowl or similar large events? That will be a clue.