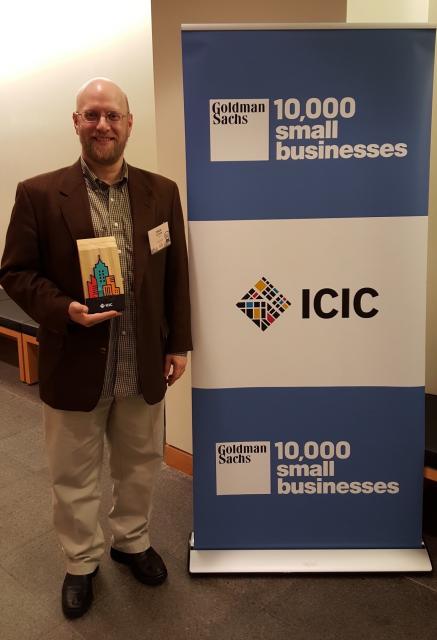 TCG ranked 83rd fastest growing company in the US

TCG has once again been named to the Inner City 100 list by the Initiative for a Competitive Inner City (ICIC) and FORTUNE. The Inner City 100 Awards is an annual event considered to be “the premier networking and management education event for fast-growing urban businesses. It is designed to spotlight successful inner city firms and propel their growth.” ICIC’s Inner City 100 program recognizes successful inner city businesses and their CEOs as role models for entrepreneurship, innovative business practices and job creation in America’s urban communities. Each year, ICIC works with a national network of nominating partners to identify, rank and spotlight rapidly-growing urban businesses.

TCG was named to the list because of sustained growth and is ranked 83rd overall. This is the fifth time TCG has been recognized by ICIC.

“D.C. is important to us,” TCG’s President, Daniel Turner says. “Being in the city has huge benefits, like proximity to clients and a general feeling of ‘being where the action is.’ My favorite Thai restaurant also happens to be around the corner from TCG headquarters, which is a plus.”

The Inner City 100 program identifies, supports and celebrates successful urban businesses and their CEOs as role models for innovation and job creation in America’s cities.  The list provides unmatched insight into the impact that entrepreneurship can have on underserved communities. “These entrepreneurs are strong community leaders and industry game changers,” ICIC CEO Steve Grossman said of the 2015 Inner City 100 winners. “Their businesses are critical drivers of economic development and job creation. Together, they demonstrate the competitive advantages of doing business in our inner cities.”

In addition to being named at the Inner City 100 Conference and Awards ceremony on October 7th, a complete list of winners is published in FORTUNE Magazine.

The Initiative for a Competitive Inner City (ICIC) is a nonprofit research and strategy organization and the leading authority on U.S. inner city economies and the businesses that thrive there. Founded in 1994 by Harvard Business School Professor Michael Porter, ICIC strengthens inner city economies by providing businesses, governments and investors with the most comprehensive and actionable information in the field about urban market opportunities.

The ICIC defines inner cities as core urban areas with higher unemployment and poverty rates and lower median incomes than their surrounding metropolitan statistical areas. Every year, ICIC identifies, ranks, and spotlights the 100 fastest-growing businesses located in America’s inner cities. In 2015, Companies were ranked by revenue growth over the five-year period between 2010 and 2014. This list was audited by the independent accounting firm Rucci, Bardaro, and Falzone, PC.