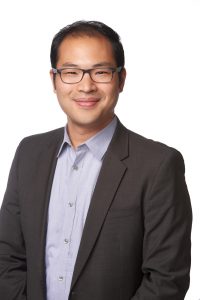 For a second year in a row, a TCGer has been inducted into the American Council for Technology and Industry Advisory Council (ACT-IAC) Voyagers program. Alex Lin joins one of ACT-IAC’s premier professional development programs, targeted at rising leaders in government and industry who have high potential for future advancement.

Alex joined TCG in 2011 as a project manager and is focused on creating high-performing Agile development teams and ensuring those teams are solving the most difficult problems TCG’s clients face. His portfolio includes projects for the Millennium Challenge Corporation (MCC), the Office of Management and Budget (OMB), the Office of Government Ethics (OGE), and the Administrative Offices of the US Courts (AOUSA).

When asked about this opportunity, Alex said, “I’m really excited to be part of the Voyager program because of the breadth of perspectives that it encompasses. Engaging with different perspectives is key to successful leadership, and I’m looking forward to learning as much as I can from my fellow classmates and from the program itself.”

In addition to being accepted into the Voyagers program, Alex had previously received Federal Computing Week’s Rising Star Award which recognizes individuals in the first 10 years of their Federal IT careers, yet already having an outsized impact in the community. He was also a recipient of TCG’s “Most Value Proven (MVP)” award, based on accolades received from his peers.

The ACT-IAC Voyagers program prepares mid-level managers for their future roles in industry and government. Lin’s nomination was supported by TCG and he was selected by a panel of senior executives from government and industry.

About TCG
TCG aims to improve the world around us, in big and little ways, every day, for our staff, clients, and community. TCG provides the federal government with positively distinct IT and management advisory services in Agile development, Technology Business Management, federal shared services, budget formulation and execution, and health science analytics that help government programs and America succeed.

About ACT-IAC
ACT-IAC is the premier public-private partnership in the government IT community and an example of how government and industry work together. ACT-IAC is a nonprofit educational organization created to advance government through collaboration and education. The organization provides an objective, vendor and technology-neutral and ethical forum where government and industry are working together to develop innovative strategies, effective and efficient solutions and best practices. Headquartered in the Greater Washington, D.C. area, ACT-IAC also has chapters in Pacific region (based in San Diego) and the Rocky Mountain region (based in Denver).