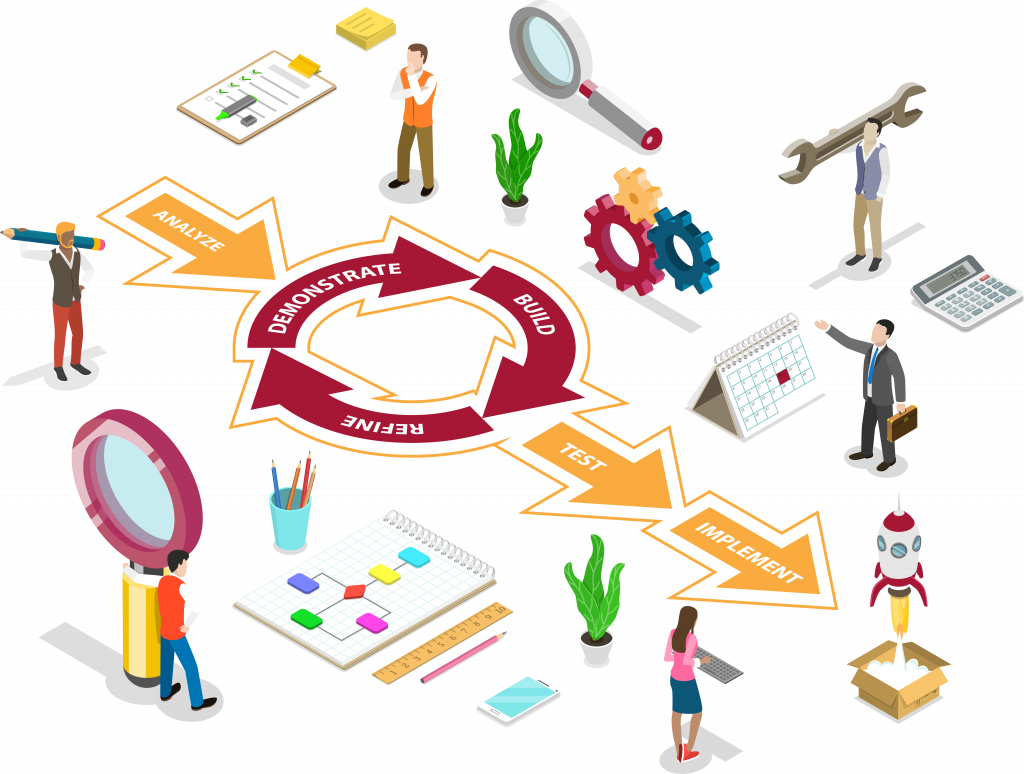 Natural disasters. Swings in financial markets. New cybersecurity threats. The world moves quickly but technological change in the Federal sector often does not.

What is Rapid Prototyping?

Rapid prototyping is an iterative approach that quickly develops a usable solution that can be evaluated for effectiveness and feasibility prior to making an investment in a full development effort. Because the level of effort and investment is lower, there is less pressure to create the “right” thing the first time, leading to more creativity and innovation. Projects with the right staff and approach can utilize rapid prototyping, or agencies can set up contract vehicles to target rapid prototyping.

Rapid Prototyping as a Procurement Strategy

Given traditionally long timelines for federal procurements, ‘rapid prototyping’ and ‘government IT’ might seem incongruous. Yet several initiatives to promote rapid prototyping in the federal space have yielded promising results. For example, the Federal Deposit Insurance Corporation (FDIC) established a rapid prototyping competition in 2020. According to the agency, “This innovative model allows the FDIC and awardees to rapidly and collaboratively co-create solutions, moving from initial concept paper to final prototype in less than five months.” In 2018, the Air Force’s Kessel Run project sought to shorten acquisition schedules through rapid prototyping and Agile development.

Some tech leaders in industry have proposed running small, multi-vendor procurements in which vendors work concurrently on prototypes within shortened timeframes. Meagan Metzger, CEO of tech accelerator Dcode, highlighted possible advantages of this model: “Instead of selecting one vendor and putting all of their money in that basket, we’ll divide it up into three vendors with smaller delivery schedules and see which one actually fits the requirements. And then you can keep building on top of that. Spending $150,000 to figure out quickly that it’s the wrong solution is better than putting $10 million into something that doesn’t work.”

While there may be some advantages to pursuing rapid prototyping through small procurements, it does have pitfalls, including a lack of subject matter knowledge that may lead to several small failed procurements instead of one big one, and a resulting loss of time and money.

Another Path to Success

The problem with the approach Metzger describes is that it doesn’t allow for the development of a sustainable rapid prototyping culture that can be engaged at a moment’s notice. Agencies can’t just decide to start rapid prototyping and have their first iteration in flight the next day. Agencies benefit when rapid prototyping is conducted by contractors who are well-integrated within an agency and know their environment.

Lessons learned from TCG’s own success in creating a rapid prototype for a major Federal agency show that the prototype, which we produced within 24 hours, was the result of months of groundwork and time-earned institutional knowledge. By the time we got the request for the prototype, we already had key components in place:

In the long run, shortcuts don’t pay off

Increasing the number of players and reducing dollar amounts and time invested through small procurements may seem like a way to trim the fat from the prototyping process, but doing so can and will come at a cost of its own. Vendors participating in such a model will not have the time to develop the resources upon which successful prototyping relies.

Giving an opportunity to a set of vendors and shouting “Go!” can result in some exciting new solutions being developed. But for agencies that want more than just one ad-hoc solution, assembling a cohort of vendors for each procurement will take time and effort that could be saved. If an agency’s ultimate goal is to build an ecosystem that makes the application development process more streamlined, they need a capable team that understands and is dedicated to their mission and knows how to execute rapid prototyping effectively.

For more information on TCG’s work in rapid prototyping contact us at talktous@tcg.com. Read about our DevSecOps  and Agile success stories.