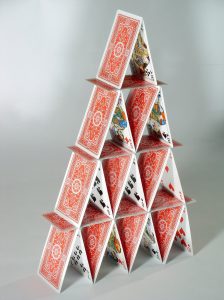 On May 12, 2021, the Biden Administration released the Executive Order on Improving the Nation’s Cybersecurity. This directive seeks “bold changes and significant investments” to “protect and secure” the Federal Government’s computer systems by:

Facing the ever-increasing number and sophistication of attacks against our government’s IT infrastructure, these changes are welcome and needed. There is, however, a reckoning in our industry that will be caused by Section 4: “Enhancing Software Supply Chain Security”.

What Supply Chain Problem? — Back in 2016, a developer removed 17 lines of code from a public repository and caused many web sites to go down. In 2018, a popular library with 2 million weekly downloads was hacked and updated to include bitcoin mining software. Just this past February, a researcher described how typos in library names allowed him to attack the software supply line of dozens of companies including Apple and Microsoft. What are we doing as an industry to create such an attack surface?

Dependency Management — A Software Library House of Cards - Over decades, public repositories of open source software have formed, creating a wonderful world-wide collection of capabilities (such as machine learning) and frameworks (including gaming, rapid application development, and VR). Thanks to transparency and an active community of developers and researchers, open source software offers many security advantages. However, in many popular programming languages (including JavaScript, .NET, Python, Java, and PHP) it has become standard practice to pull required code (“dependencies”) from on-line repositories as the software is being packaged (or compiled) for deployment. Dependency managers such as “Maven”, “Gradle”, “npm”, “pip”, and “NuGet” make it trivial to pull the latest versions of the libraries that our software needs from public repositories, including the dependencies of our direct dependencies, and so on. The result is that it is common to download hundreds of libraries as a piece of software is packaged for deployment — even if that deployment is to a production environment. 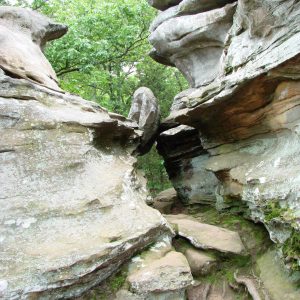 Stuck Between a Rock and a Hard Place — As-needed dependency management has a wonderful advantage: We can always get the latest version of a library with bug fixes and security patches. However, downloading libraries at build time increases the chance of malicious code being introduced by library name typos, hacked library accounts, or the acquisition of a library by a malicious actor. As software developers, we need to find the sweet spot between an older software with vulnerabilities (a rock) and brand new software that has not yet been vetted for vulnerabilities (a hard place). In addition, the Cybersecurity Executive Order requires the Federal Government to take action “to rapidly improve the security and integrity of the software supply chain.” In the face of real-time dependency downloads, how is this possible?

Back to Configuration Management Basics — The primary goal of configuration management is to make sure that changes to our software are controlled and understood. To do this we need to:

The Day of Reckoning — Within 180 days of the Cybersecurity Executive Order — by November 8, 2021 — the Director of NIST is to publish preliminary guidelines for enhancing software supply chain security. I suspect that our industry’s widespread use of as-needed dependency downloads will be deemed anathema. Fortunately, by following well-known configuration management best practices, we will be prepared.

[Image Credits: House of Cards, Stuck Between a Rock and a Hard Place]