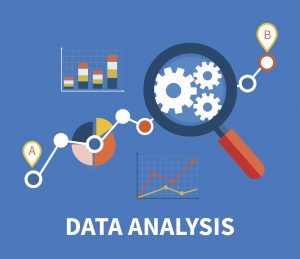 When personal computers were first introduced, people demanded easy-to-understand user interfaces and software that would explain what it does and help them use it more effectively. The answer from many programmers was, “It’s hard to make it easy.” The same is true of data. In a time when proliferating technologies allow us to collect and track more data than ever before, it can be hard to analyze and make deep connections that improve our enterprises and the lives of the people we can affect.

The Millennium Challenge Corporation (MCC) has taken on the challenge of making data analysis easy. Dedicated to the fight against global poverty, MCC assists countries that have the right values for advancement: good governance, economic freedom, and investment in their own citizens. It measures these values, and the potential impact of the funding MCC can provide, with a data-oriented approach.

MCC thinks through what data to track and how to interpret it, but wanted to do more; they wanted to make the process transparent. “We… realized that it was not enough to just put [our data] out there in XML, a format that is far from ‘human-readable,’” says Catherine Marschner, MCC’s Data Program Manager. MCC has started investing in visualization tools and experts from TCG to help MCC staff use their data, and even these small beginnings have yielded significant results.

Deep data analysis can improve an organization’s performance by focusing funding, speeding disbursement, enabling evidence-based planning, and tracking performance. For example, MCC digs deeply into their data to understand what grant money is buying (finances), where that money is being spent (e.g., where roads were built) based on MCC’s funding (program), and how many kilometers of road were actually built (performance). Assessments of the impact of MCC funding is then evaluated by a third party and the data sets are published online in MCC’s Evaluation Catalog.

MCC is working to more efficiently present analysis to decision makers. MCC has started to produce data visualizations — graphics that allow executives to more readily see trends and make comparisons from sets of numbers. MCC’s impact is then laid out in real numbers in the public reports it publishes on beneficiaries, constraints, and economic rates of return.

These steps, while difficult to design and implement, have led to greater efficiencies and transparency. MCC’s efficient and sustainable data was recognized in the 2014 and 2015 International Aid Transparency Index (IATI), an international registry that tracks the level of transparency in stakeholder-produced foreign aid data. In the 2015 report, MCC ranked first among United States federal agencies with an 89.6% transparency rating, and was third worldwide – the only U.S. agency in the top ten.

It is getting easier, and less expensive, to create new knowledge from government’s vast troves of data. And as MCC has demonstrated through these pilot projects, pushing to open up these data stores and make them more usable and accessible is now essential to meeting its mission.