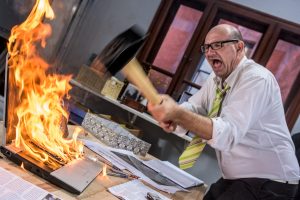 If you’re in the market for a new computer, chances are you’ve came across a laptop or desktop with a specification such as “128GB SSD” or “500GB SSHD.” Let’s discuss what these specifications mean.

Solid state technology has been present since the 1950s. It wasn’t until the late 2000s that it became a practical/economical solution for enterprises or enthusiasts. As always, over time, technology decreases in price while increasing performance. How much performance? An average solid state drive (SSD) can achieve up to 10 times the read/write speed of a mechanical hard drive! Not only is solid state faster but it is more energy efficient, reliable, silent, and shock-resistant.

If you’re starting to think, “Should I buy one now?” The answer is: Yes, you should. Most computers are held back in performance by their hard drive. Replacing it will show a night and day difference. Check out this YouTube video for a side-by-side comparison. The laptop with the SSD booted in 23 seconds while the HDD took over a minute! #save-time?

As far as a solid state hybrid drive (SSHD), you should really stay away from them. They are simply hard disk drives (HDDs) with a small solid state drive put together. Software determines the most used data and places it on the SSD portion which leads to inconsistent performance.

So, if you’re looking to improve the performance of your computer or save some battery life, an SSD is worth the investment.