The Neuroimaging Informatics Tools and Resources Clearinghouse (NITRC) is one of TCG’s longest-running projects and is among the most fruitful government shared services. What started as a small project to create a way for the federally funded neuroscience community to share their research tools with the public has grown into an international resource for students, educators, and researchers, providing no-cost access millions of dollars of brain imaging data and software analysis tools. As a shared service, NITRC has saved US taxpayers over $35 million.

Funded by the National Institutes of Health (NIH) and designed, developed, and supported by TCG, NITRC is a free, collaborative site and repository of neuroimaging analysis software, publicly available datasets, and virtualized computational environments that can be run anywhere, including on commercial clouds. Initially intended to make government’s research investments available to the public, the broader neuroscience community has adopted NITRC as a way to collaborate, access, and share their resources. Furthermore, 99.97% of NITRC’s code is open source. The code used to build the platform can be reused by other government projects at little to no cost — further extending taxpayer dollars.

Through aggressive promotion of NITRC and improvements based on user feedback, NITRC has become the world’s primary source for neuroimaging tools and resources. To learn more about the history of NITRC and how a small government investment has produced over $35 million in taxpayer savings, check out the infographic below. 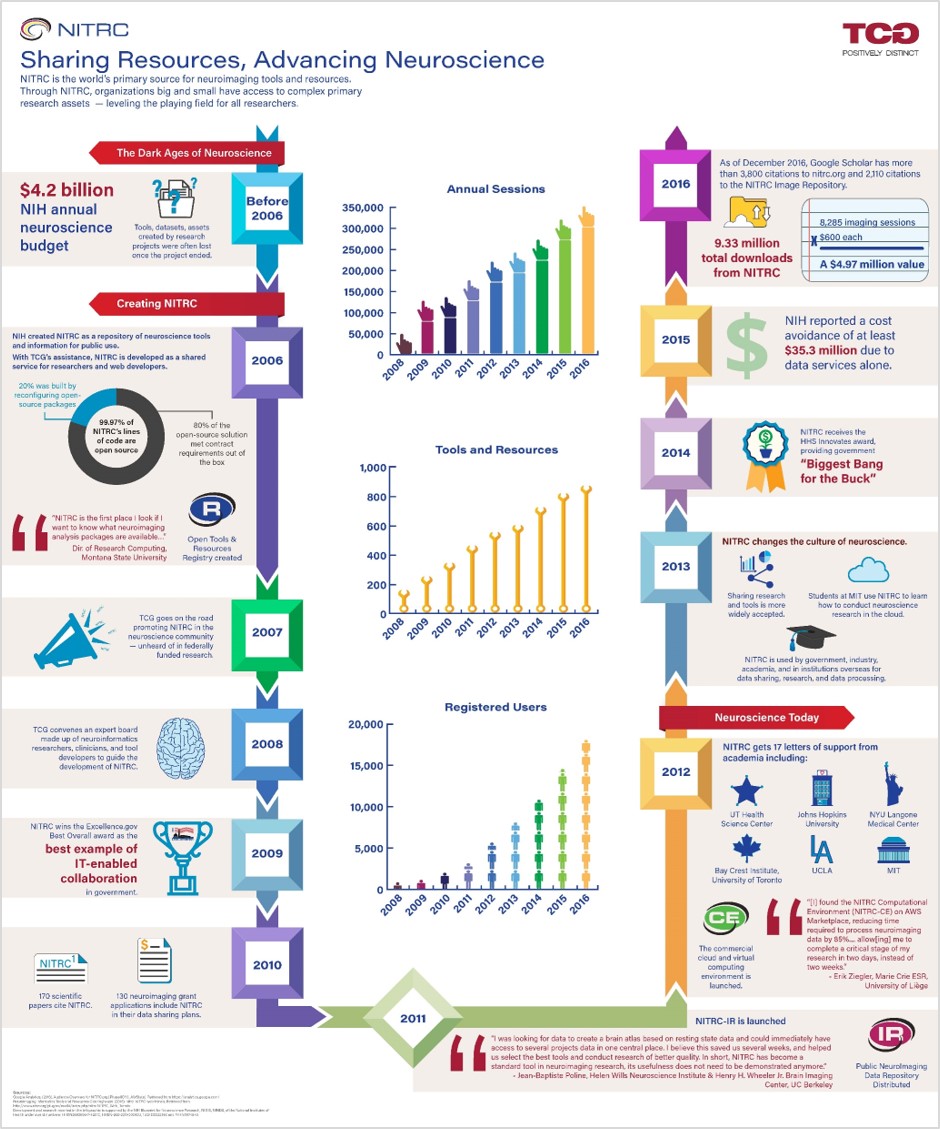