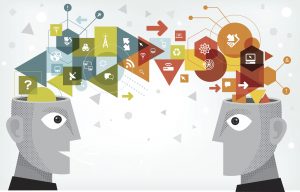 OMB has given federal shared services a renewed boost with memo M‑19–16, Centralized Mission Support Capabilities for the Federal Government. While there’s plenty of new ideas in this memo, and it rescinds a ton of older guidance while elaborating on prior attempts to fulfill the goals of CAP Goal 5, Sharing Quality Services, there are some very familiar themes and opportunities that have yet to be explored.

Standing on the shoulders of giants

The memo represents an updated approach to identifying and exploiting opportunities for cost savings and efficiencies in functions that many agencies must each perform. It is not a revolutionary change but an evolutionary one — and a vital step in the right direction. A little history of federal shared services sheds light on what I mean.

In 2001, OMB started “Quicksilver”, 22 e‑government projects to eliminate redundancy and increase efficiency and effectiveness, using the then-current paradigms of “Government to Business”, “Government to Government”, etc. These evolved over time until, in March 2004, OMB named several Lines of Business (LoBs) to accelerate the e‑government goals of President George W. Bush’s Management Agenda. Leads were designated for each LoB: HHS handled grants; OPM had HR; DHS ran information systems security; and so on. The LoB Concept of Operations laid out “a common process framework for analyzing, defining, and operationalizing LoB initiatives, including focusing on the scope of LoB initiatives, their relationships to other initiatives, programs and agencies, the common lifecycle of LoB initiatives and important governance aspects.”

The LoBs had some success; financial management systems were rationalized, HR systems were consolidated, and for the first time there was a broad conversation about how to procure and implement technology in support of services that cut across many agencies. But progress stalled for, in my opinion, four key reasons:

The new memo appears to understand this history and puts in place measures to improve the likelihood of success.

Governance is the new black

There’s a lot to like and admire in this new memo. OMB and GSA have clearly reflected on the past and identified ways to overcome roadblocks that have derailed or diverted shared services efforts.

PMA CAP Goal 5 certainly focuses on driving administrative efficiency in government, and that is certainly to be applauded. More significantly, in my opinion, it is an acknowledgement that business domain expertise is paramount. The Executive Councils are now well-established, and coordinated via GSA’s Office of Shared Solutions and Performance Improvement (OSSPI). In developing the new memo, OMB has fundamentally built the Councils into the governance model. This means business expertise, drawn from across all CFO Act agencies, is at the heart of this new process. The Federal Integrated Business Framework (FIBF) provides analytical prisms so agencies can “coordinate and document common business needs across agencies, focusing on outcomes, data, and cross-functional end-to-end business processes.” In other words, it is a Rosetta Stone through which agencies can develop and share common vocabularies and assets for specific business domains.

Moreover, OMB is now mandating a process, not a specific set of solutions administered by under-funded designated LoB agency leads with no clear authorities and responsibilities. The process revolves around the Quality Service Management Organizations (QSMOs) that are designated to oversee, administer, and invest in marketplaces of solutions. The new memo pretty much replicates many of the LoB designations made in 2004 (Cybersecurity at DHS, Grants at HHS, HR at GSA [having inherited OPM’s HR transactions work], etc.). They will develop structured business plans, demonstrating their own viability and ability to develop and administer these marketplaces of solutions.
And each agency will designate a Senior Accountable Point of Contact (SAPOC) who will broker information about QSMO marketplace solutions into and out of agencies, therefore driving further conversation and accountabilities around procurement decisions and strategy.

Government doesn’t exist to run payroll for itself

At this point, OMB is focusing mainly on mission-support services (financial management, HR, cybersecurity). As we are discovering via ACT-IAC, significant opportunities exist in shared services that directly support the government mission, rather than fulfilling administrative functions that make government operate.

The administration, and therefore OMB and GSA, has spent a lot of time examining how to improve the efficiency of government’s operations. (This is the apparent goal; another, equally valid, goal is simply to reduce government spending. Each effectively has the same outcome — better use of taxpayer dollars — but an emphasis on mission performance versus administrative cost savings is important if government staff are to be inspired and willingly incorporated into the initiative.) Given that the US Federal Government is the largest single organizational entity in the world, this isn’t especially surprising and nor should it be disparaged. But the fact is this: as a taxpayer, I care more about the end results that government produces than how it goes about doing it. I care about the deliciousness of the sausage, not the efficiency of the machine that made it. (Yes, this is an incredibly glib perspective, for the sake of argument!)

How government helps businesses get permits for new power stations, or delivers housing benefits to taxpayers, or ensures the health of our nation’s veterans (among the myriad other essential services government performs) is, ultimately, far more important than the massive potential for bikeshedding that the quest for operational efficiencies represents.

Regardless, it’s true that government can reap enormous rewards by improving its operations. Assuming OMB and GSA can get agencies on board, and stay committed to the course, M‑19–16 is truly a step in the right direction.

In future blog posts, I’ll outline some ways in which agencies will need to adapt to this new landscape, and speculate about where opportunities exist for vendors looking to participate in it.